A tipical Milonga at the Redland Club in Bristol BS6 6TN

Tango West was founded in 1998 at a time when when there was relatively little Argentinian Tango outside London. It was instrumental in bringing Tango to Bristol and much of the surrounding area, with many other groups having made their start with us. The original founders were Iwona Tempowski, Janet Offer, Michele Tedder and Andrew Oldroyd.

Michele and Andrew are now Tango West's principle Directors, (since Iwona's retirement and Janet having left to set up her own school in Cyprus). With 40 years experience between them, they teach, usually on a Wednesday evening and run two Milongas a month on a Saturday and Sunday + a monthly Wednesday Milonguita

The following pictures and Video clips show just a brief selection of some of our most recent activities.
There is a little more information on the 'Michele & Andrew' page.

The following clip gives an impression of some the hundreds of events we've held over the years since 1998: 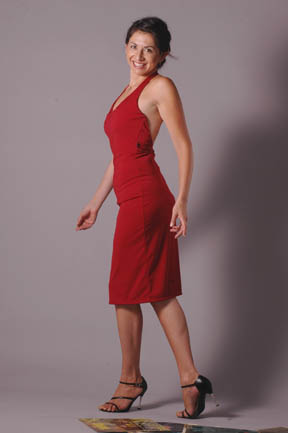 Monica Paz from Buenos Aires teacher of 'Milonguero Style',
With us in 2014 and again in September 2016

This is the third time the Legendary Milena Plebs has visited us now; this time (2015) with Lautaro Cancela. 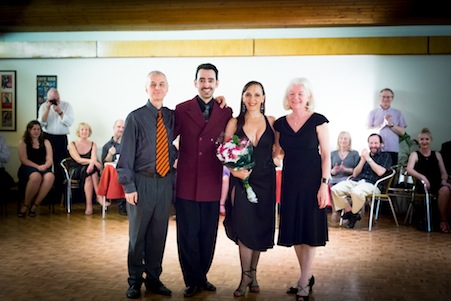 Milena Plebs with Demian Garcia in 2014

Recent Tango West Milonga at the Redland Club in Bristol

Biagio Forte playing for us at a recent Tango Cafe Domingo

Gustavo & Maria from Buenos Aires teaching for us in October 2014

Silvia Ceriani  -  partner of the late Pedro 'Tete' Rusconi.
A fascinating evening was spent on Wednesday 9th July with Silvia, who shared with us some the Milonguero magic of Maestro 'Tete'

That was such a special event for us; totally heart warming to be in receipt of such goodwill and support. It makes it all so worth while. A special thanks to Pauline, Cake Mistress Extraordinaire. Michele and Biagio for all their work behind the scenes. And to Biagio and Oscar for their impromptu and spirited live performance. Last but not least to you all - from old timers to the newer faces, for making such a great Tango scene possible. Thank you, Thank you 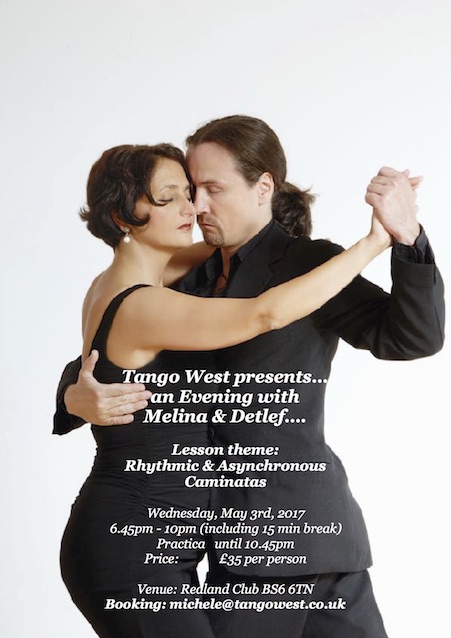